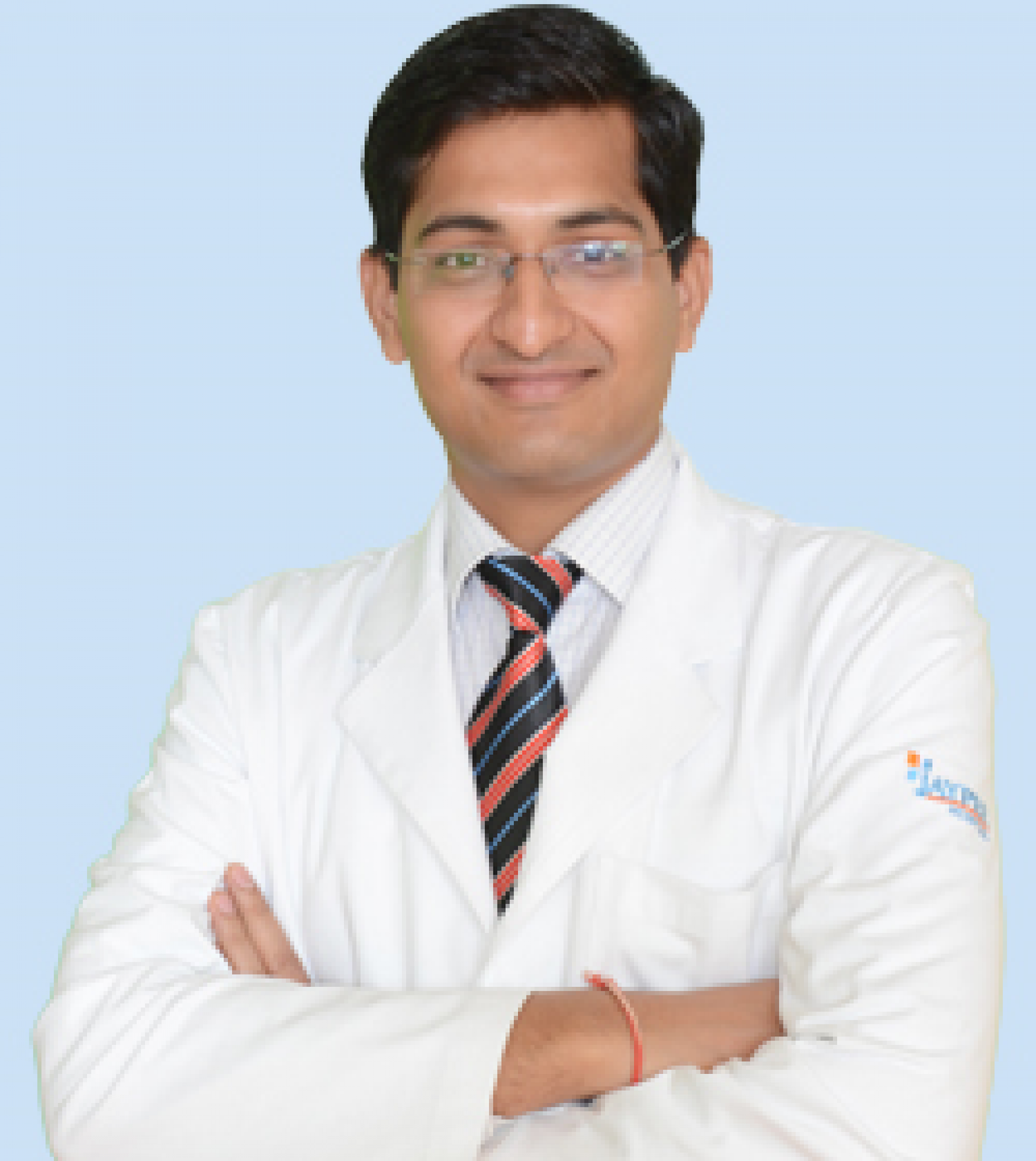 Is Epilepsy Genetic? It’s Rarer than You Think, Expert Says

For many years in the past, there were misunderstandings about epilepsy. People used to believe that epilepsy is something that can be passed on to children. Though genetics does play a role in epilepsy, it’s rarer than you think. Apart from genetics, multiple factors can cause epilepsy. In this article, we've covered a variety of epilepsy causes, common triggers, and much more.

What are the causes of epilepsy?

According to the National Institutes of Health (NIH), the causes of approximately half of all epilepsy cases are unknown. Seizures can be caused by "anything that disrupts the normal pattern of neuronal activity — from illness to brain damage to abnormal brain development," according to the NIH.

However, the cause of epilepsy may vary based on age. The following are the causes that can contribute to causing epilepsy, as per The Epilepsy Foundation.

In babies and children:

-Congenital conditions like Down syndrome, tuberous sclerosis, and neurofibromatosis

-A brain disease that progresses (rare)

-Trauma to the head

Does genetics play a role in epilepsy?

Many types of epilepsy are caused by genetic factors.

What are the factors that trigger seizures?

There are some common triggers to watch out for if you have epilepsy. A trigger is not the same as a cause; a trigger occurs after you have epilepsy and occurs fairly consistently before seizures (and happens more often than simply by chance). Triggers can lower a person's "seizure threshold," increasing the likelihood of a seizure.

Some of the most common epilepsy triggers are as follows:

Changes in hormones associated with the menstrual cycle

As suggested by our neuro experts, keeping a journal of your symptoms can help you track the trigger factors and identify them.

Also, read - Neurosurgeon Vs Orthopaedic Surgeon for Back Pain

If you are in search of epilepsy treatment in India, our medical trip advisors will serve as your guide throughout the treatment. They will be physically present with you even before the medical treatment begins. The following will be provided to you:

We are dedicated to offering the highest quality medical tourism in India to our patients. We have a team of highly qualified and devoted health trip advisors who will be by your side from the beginning of your journey.

From Symptoms to Prevention, Here’s All You Need to Know About Epilepsy

While epilepsy is common, anyone can develop its symptoms. Over 10 million people in India have epilepsy, making it one of the most common neurological conditions. This happens due to abnormal electrical brain activity known as seizures. It's a kind of electrical storm inside your brain. Because your brain controls so much, many things can go wrong. However, knowing about its symptoms can help in early diagnosis and treatment. In this blog, we’ve discussed various types of epilepsy along with the symptoms for each one of them.

A seizure is caused by an uncontrolled burst of electrical activity within brain cells. Changes in awareness, muscle control (your muscles may twitch or jerk), sensations, emotions, and behavior can all occur during a seizure.

What are the various types of epilepsy and the symptoms associated with them?

Irrespective of gender, epilepsy can affect people of all age groups, especially children and older adults. The symptoms may vary based on the type of epilepsy you or your loved ones are suffering from.

Broadly, epilepsy can be divided into two types:

The focal seizure happens in two ways: with loss of awareness and with impaired awareness.

-Change in sensations like changes in smell, sound, or taste

-Involuntary movements in certain body parts, like jerking in the hands or legs

With impaired awareness, you may experience

-Passing out or staring into space

The generalized onset of seizures can happen in a variety of ways.

What can cause seizures?

A child may suffer from one or more types of seizures. While the precise cause of the seizures is unknown, the following are the most common causes of seizures:

In newborns and babies:

In children, teenagers, and young adults:

-Head trauma or a brain injury

Other potential causes of seizures include:

-Tumor of the brain

-The use of illegal drugs

What can trigger episodes of seizures?

Epileptic seizures are frequently linked to specific triggers or changes in your daily habits or routine. Here are some examples of common behaviors and factors that may precipitate an epileptic seizure:

-Anxiety, stress, or other emotional issues.

-A medication change, or skipping or missing a dose of anti-seizure medication

-Overstimulation of the senses, such as brightly flashing lights, watching television, playing video games or working on a computer

-Hormonal changes in women, usually caused by pregnancy or menstruation

-Mental strain, such as that caused by solving complex problems.

How can you prevent those episodes of seizures?

An epileptic seizure can't always be predicted; sometimes they happen for no apparent reason. However, many people can see a link between certain behaviors and seizures. You may be able to avoid seizures if you take steps to reduce these risk factors.

The following are some tips that you can try to reduce the risk of developing seizures.

Until more is known about the causes of epilepsy and how it can be prevented, your best bet is to avoid the things that can trigger your seizures.

If you want to undergo treatment for epilepsy or other neurological condition in India, our health trip advisors serve as your guides throughout the medical treatment and will be physically present with you even before the treatment begins. The following will be provided to you:

We are dedicated to offering the highest quality health care to our patients. We have a team of highly qualified and devoted health trip advisors that will be by your side from the beginning of your journey.

5 Common Neurological Disorders and their Symptoms

Our nervous system is a highly specialized and complex network. However, there are a group of neurological diseases that can affect our highly functioning neurological condition.

Unfortunately, every year, millions of people are affected by neurological disorders, and many of them are unaware that they’re suffering from one such condition. Knowing the symptoms can lead to a proper neurology diagnosis and treatment. That’s why here we’ve discussed some common neurological conditions and their symptoms in brief.

The sudden onset of severe headache, headache associated with fever, light sensitivity, and stiff neck are all red flags of something more serious, such as intracranial bleeding or meningitis.

Although tension-type headaches and migraines are not life-threatening, dealing with chronic pain can be exhausting.

The tricky part is that having one seizure in your life does not necessarily indicate that you have epilepsy. However, if you have two or more, you may have epilepsy. Seizure symptoms can vary depending on where the seizure is occurring in the brain. It is critical to see your doctor if you have a seizure.

These signs and symptoms do not always indicate a stroke.

However, you should always consult your doctor if you’re at risk of developing a stroke.

Parkinson's disease is a progressive nervous system disorder that impairs your ability to move. It typically affects people around the age of 60, with symptoms gradually worsening over time. Typical symptoms include:

-Constipation can occur at any time during Parkinson's disease, even decades before motor symptoms appear.

-Muscle stiffness can occur throughout your body, making it difficult to swing your arms while walking in some cases.

-The majority of Parkinson's disease patients experience some loss of their sense of smell.

-Face stiffness: In the early stages of Parkinson's disease, your face may exhibit little or no expression.

Consult your doctor if you suspect you are suffering from dementia symptoms. Some medications and therapies can aid in symptom management.

If you are in search of neurosurgery treatment in India, we will serve as your guide throughout your treatment and will be physically present with you even before your medical treatment begins. The following will be provided to you:

We are dedicated to offering the highest quality health care to our patients. We have a team of highly qualified and devoted health trip advisors that will be by your side from the beginning of your journey.

Testimonials Related to the Doctor

Mrs Mukta Akter , from Bangladesh was suffering from Neuromyelitis optical (NMO) disease, diabetes and hypertension. This kind of disease attacks the optic nerve of the patient. She has completely lost her vision in the right eye. She along with her family members travelled to India for her treatment in Jaypee Hospital, New Delhi under Dr. Manish Gupta, Neurologist. As for her treatment she was ad ...read more