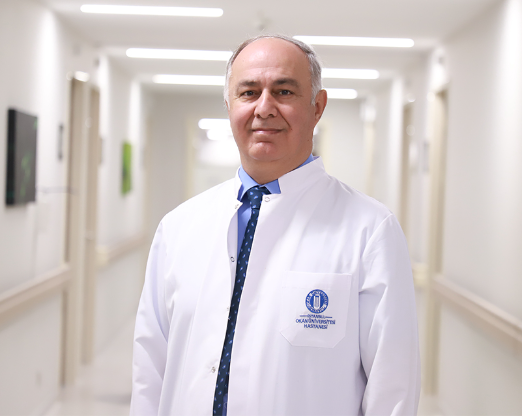 Prof. Dr. Coskun Polat was born in 1963 in mollamustafa village in Selim district of Kars province. He completed primary school in Ankara and Izmir, secondary school in Kütahya and high school in Sivas and Kayseri. He graduated from Ege University Faculty of Medicine in 1987, where he started in 1981. In 1988, he started his compulsory service at Sejsehir Central Health Center in Konya province. Between 1989 and 1991, he completed his service as a Reserve Officer in the Hozat and Mazgirt Gendarmerie Commando Units in Tunceli Province. In 1992, he completed his specialty training at the General Surgery Clinic of Taksim Training and Research Hospital of the Ministry of Health in October 1996. In April-July 1996, he received a Certificate of Surgical Endoscopy in the Surgical Endoscopy Unit of istanbul University Istanbul Faculty of Medicine, Department of General Surgery.

In 1996, with his study titled "Effects of infected and sterile bile and gallstones on abdominal adesion and abses formation", the 10th annual study was organized every 2 years and attended by approximately 3000 physicians. He won the "Best Poster" award at the National Surgical Congress. Between 1997 and 1998, he completed specialty compulsory service training at the General Surgery Clinic of Inebolu State Hospital in Kastamonu Province. In the period 1998-2001 May, Taksim Training and Research Hospital 1. He worked as an expert and chief physician in the General Surgery Clinic.

Since May 2001, he has started to work as a Lecturer in the Department of General Surgery at Afyon Kocatepe University Faculty of Medicine. As of August 2001, he was appointed as an Assistant Professor. In 2003, the 39th European Dialysis and Transplantation Association Congress (ERA-EDTA Congress) won the "Poster of Excellence" award for its work "Oxidative Stress related to prolonged pneumoperitoneum in a rat model of laparoscopic donor nephrectomy".