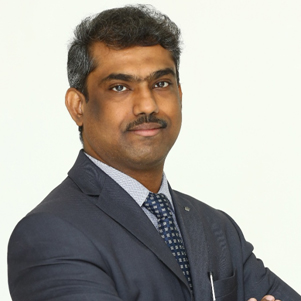 Is Epilepsy Genetic? It’s Rarer than You Think, Expert Says

For many years in the past, there were misunderstandings about epilepsy. People used to believe that epilepsy is something that can be passed on to children. Though genetics does play a role in epilepsy, it’s rarer than you think. Apart from genetics, multiple factors can cause epilepsy. In this article, we've covered a variety of epilepsy causes, common triggers, and much more.

What are the causes of epilepsy?

According to the National Institutes of Health (NIH), the causes of approximately half of all epilepsy cases are unknown. Seizures can be caused by "anything that disrupts the normal pattern of neuronal activity — from illness to brain damage to abnormal brain development," according to the NIH.

However, the cause of epilepsy may vary based on age. The following are the causes that can contribute to causing epilepsy, as per The Epilepsy Foundation.

In babies and children:

-Congenital conditions like Down syndrome, tuberous sclerosis, and neurofibromatosis

-A brain disease that progresses (rare)

-Trauma to the head

Does genetics play a role in epilepsy?

Many types of epilepsy are caused by genetic factors.

What are the factors that trigger seizures?

There are some common triggers to watch out for if you have epilepsy. A trigger is not the same as a cause; a trigger occurs after you have epilepsy and occurs fairly consistently before seizures (and happens more often than simply by chance). Triggers can lower a person's "seizure threshold," increasing the likelihood of a seizure.

Some of the most common epilepsy triggers are as follows:

Changes in hormones associated with the menstrual cycle

As suggested by our neuro experts, keeping a journal of your symptoms can help you track the trigger factors and identify them.

Also, read - Neurosurgeon Vs Orthopaedic Surgeon for Back Pain

If you are in search of epilepsy treatment in India, our medical trip advisors will serve as your guide throughout the treatment. They will be physically present with you even before the medical treatment begins. The following will be provided to you:

We are dedicated to offering the highest quality medical tourism in India to our patients. We have a team of highly qualified and devoted health trip advisors who will be by your side from the beginning of your journey.